I remember two police officers standing between me and him, and I still didn’t feel safe. I could still feel the blows coming down even though they’d stopped hours ago. I could feel the burning sting on my head where he’d pulled my hair out, and the raw meaty taste of blood in my mouth through the opened wound on the inside of my cheek where he’d punched me in the side of my face. The unrelenting throbbing in my head where he’d kicked me I don’t know how many times.

He took a step toward me. The officers reached for their guns. He stopped. He was still staring at me.

“She’s taking the children. Where are they?”, one officer asked. He sneered at me and without looking away replied that I wasn’t getting the children and we could all get fucked.

Their hands moved to their guns again. A small part of me wondered how loud the gun shots would be and if the children woke would they see their fathers dead body bleeding out on the ground. Or maybe they’d just shoot him in the leg so he couldn’t get to me.

“She’s taking the children. Where are they?”

The officer on the right motioned for me to go. But I couldn’t move. I was frozen to the spot. He was still looking at me, dead in the eye and I could see his mind ticking over. Probably wondering how fast he had to be to get the police officers gun and shoot me with it before the other officer took him down too. What I did know was that he wanted me to die that night and didn’t care if he died too. I knew he wanted me to die because only hours earlier he tried to make it happen.

After a brutal and unrelenting beating that lasted for over an hour with punches and kicks all over my body, some while I was holding the baby, I finally managed to break free and run to a neighbors house. She drove me straight to hospital. I knew if I didn’t get out he’d kill me. He was already trying to.

When I got to the hospital I was covered in scratches and cuts, blood still pouring from my mouth, my right eye completely swollen shut and I was trembling from shock.

They made me sit in the waiting room for two hours. I started vomiting. Only then was I seen to. The Doctor asked what happened and I told him my Husband had gotten angry again and had beaten me. The Doctor checked me over without a word. No questions. No advice, no connections with a social worker or a trauma councillor. He never once asked if I was ok. He cleared me to go and said to come back if I couldn’t see when the swelling went down on my eye. I wasn’t even given an X-ray to check for broken bones or fractures. I wasn’t even given a pamphlet with a number to call to tell me what to do next. They just let me go.

My friend took me back to her house. I called the police and told them what happened. They asked me what I wanted them to do.

I said I wanted my children back.

The officer motioned again for me to go. My mind suddenly broke free from the hold it had on my body, knowing that if I didn’t move now the officers would probably give up and leave me here. I went to move toward the stairs and again he stepped towards me.

This time the guns came out. The screaming started.

“GET BACK! Get back and sit the FUCK DOWN NOW!”

He sat down. I ran to get my babies. The pain now forgotten. Thank god for adrenaline. I ran and got the kids and bought them down. The second officer motioned for me to exit through the back door so the kids couldn’t see the gun held on their Father in the front room. The officer put us in the car and went back inside. I wondered if we’d hear a reign of bullets but we never did.

After about 10 minutes he two officers came back to the car. They got in, put their seatbelts on and asked me where I wanted to go. I had no idea.

They dropped me off at my neighbours house and left. I never heard from them again.

I never heard from the hospital again either. No one ever contacted me. He was never charged. Once the police dropped us off outside my neighbours house their job was done.

The dismissal of domestic violence is everywhere. My Husband had beaten me and that hurt, but the dismissal of the entire event by the responders hurt so much more but in a different way.

Some people can make you feel as though you’re worthless. Others confirm it.

*Story told to us in confidence. Writer wishes to remain anonymous. Writer and children are safe and living together in another state.

Make Space In The Work Place

Wed Nov 4 , 2020
Everyone has a right to safe, suitable and engaging employment. But rarely do we make space for people experiencing homelessness to join the work force. Homelessness is chaotic. No two days are the same , but even amongst the chaos of navigating homelessness many people still want to work. The problem is that most workplaces do not accommodate the differing needs of people in unstable housing. They don’t take into account that for the most part this cohort won’t be able to start and finish at regular times. They may need more time off work, they may not be able […] 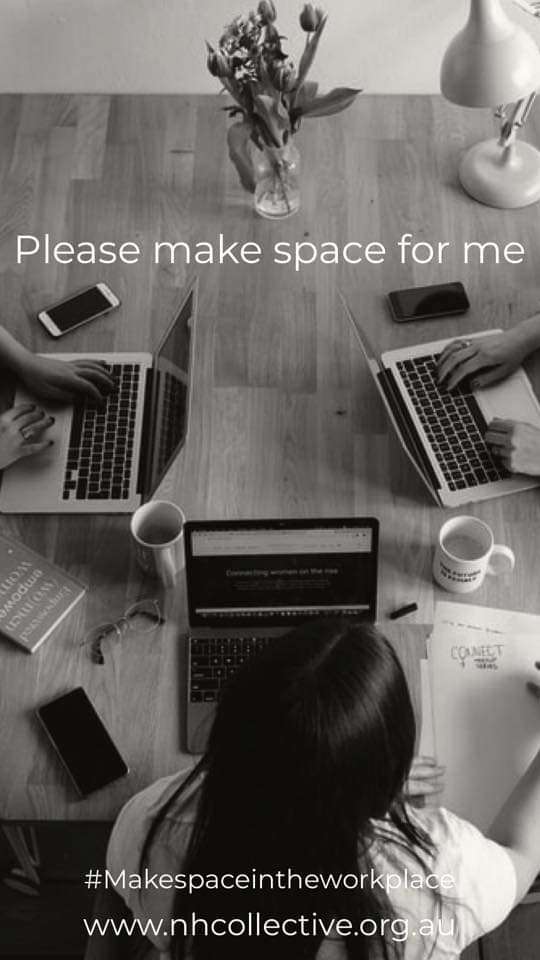