Ok so, there has been a lot in the media lately about the ‘Tampon Tax’ and why GST should be removed from all sanitary items. Many believe it should, whilst some believe it shouldn’t. Some of those who believe it shouldn’t be removed are using the argument that to remove GST on sanitary items is unfair because it hasn’t been removed from men’s shaving products. And if sanitary items are exempt, so should shaving products because men can’t choose not to grow facial hair any more than a woman can’t choose not to have a period. Yes we know we can all opt for hysterectomies but let’s not get dramatic. Remember where not talking about freebies here, just having the tax removed.

Let’s think about this. Is being forced grow a beard really the same as being forced to have a period? Here are ten reasons I don’t believe it is.

1. Your beard won’t suddenly start growing at 2am and be reaching all the way down to your knees before your eyes fling open in horror and you have to rush the bathroom and tidy it up.

2. I can sit on a chair you and your beard have just sat on for hours without incident. Your beard will not leave stains behind on said seat.

3. Your beard won’t ruin your clothing if it gets out of control and you didn’t realise you had one

4. The whole world knowing you have a beard and even seeing it out there won’t cause you extreme embarrassment and have you worrying that someone took a picture and posted it all over Facebook.

5. You won’t die of embarrassment if you go to meet your girlfriends parents and your beard suddenly starts growing right in the middle of dinner and you have no razor handy.

6. If you choose not to tend to your growing beard for an entire year, it won’t cause nasty infections or leave you smelling like a rotting cat.

7. If you feel your beard start to grow mid job interview you won’t lose track of the questions because all you can think about is whether you bought a razor with you and whether anyone will notice your beard grew as you exit the room trying to discretely cover your face with a clip board.

8. Friends don’t have to discreetly tell you get to the bathroom quick because your beard has unexpectedly started growing and you didn’t realise.

9. You can just choose not to tend to your facial hair and let that bread grow freely for as long as you like. People will think it’s cool and half the female population will think it’s sexy.

10. You will never ever feel the panic and embarrassment of suddenly realising in horror that your beard just showed up and started growing and you had no idea until after you’d just finished having sex with someone you really, really liked and now your beard is right out there, all over their sheets!

Nope, not the same at all. I could go on, but I think you get the idea.

Wed Apr 18 , 2018
Today is Youth Homelessness Matters Day 2018. To ensure the youth we support know we care we and that they matter we were thrilled to accept an invitation to spend the day as VIP guests with the crew from HoMie. Our special guests were treated to a hair cut and manicure and each took away 5 articles of brand new HoMie clothing, plus a toiletries pack after enjoying some much needed pampering. Afterwards we all enjoyed lunch together and talked about our experience. Our guests felt amazing after their VIP experience and were still chatting about it days later. It […] 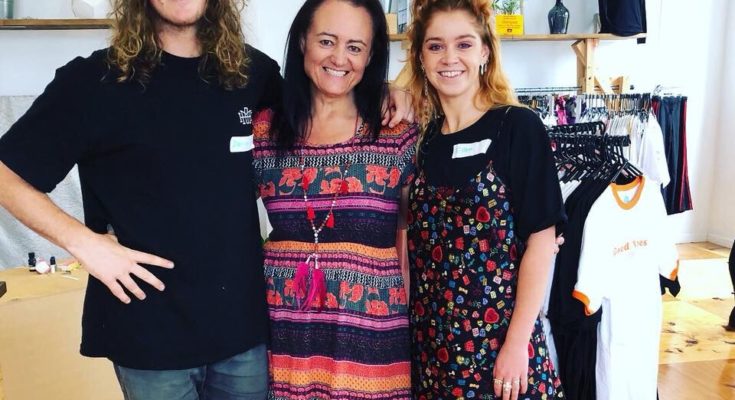