We haven’t spoken of Christine for a while but we have an update for those of you who have been following her story.

Firstly, she is safe. After being removed from her home with the assistance of detectives from the family violence unit Christine was given a medical check up and taken to a safe secure location.

She was relieved to have been ‘saved’, for want of a better term. Christine told me she honestly couldn’t see any way out and believed her only escape would be through death, when her partner finally killed her. She truly believed he would murder her and didn’t know whether to stay and try to keep him calm or leave which would enrage him, which she knew would end up making things even worse.

What happened next is infuriating and beyond concerning.

After her medical check up we contacted our state governments peak domestic violence service for help and it went exactly as many have experienced before. What happened? Nothing. And I mean that literally.

This is what happens when you leave your abusive partner in Victoria. This is why women die.

From the day Christine was removed and the referral given to Safe Steps it took 5 days before anyone from DV services contacted her. When they did they told her she was in the wrong area and tbehs have they re refer her to her local services. It took another week for the new case worker to call and tell her it would be a further 2-4 weeks before she would have a case manager. I asked if there was going to be any help or assistance for her in the mean time. I was told no. There was nothing, despite the worker knowing the severity of the case.

Christine had to wait her 2-4 weeks more, (and it had already been about 12 days since she left), and then someone would contact her. In the mean time she was a sitting duck with nowhere to go and no idea how long her ex was going to be held before they released him and before he came looking for her.

We were told she could get 2-3 nights in a safe hotel and that was it. When we informed the worker that Christines ex had already found her in the last hotel they put her in and that he knew all of the hotels they used and would come looking for her the reply was, “Oh no. It would be highly illegal for him to do that.” That was it.

But he had already done that. Not only to her but to previous exes.

We asked if there would be any help for Christine to pack up her house and be moved elsewhere. “Oh, we don’t actually do that,” was the reply.

So no help was coming. Despite not knowing when her abusive ex partner would be released and knowing it could be any minute, and despite knowing he had guns and ammunition, that he had threatened her with harm and death, despite knowing he knew all of the hotels and that Christine didn’t have a cent to her name, she was told to go home and a councillor would call her in 2-4 weeks. But they might be able to escalate her case if it was deemed bad enough.

We told the worker that Christine would be dead if she went back home. It didn’t matter. There was nothing else they could do. In this state there is no one to help you pack up and get the hell out when your ex knows where you are and is threatening to kill you. All they’re going to offer you is a couple of days in a not so secret hotel.

We couldn’t leave her there. We took Christine away and put her in hiding somewhere safe. Over the next two days we completely packed up her house, had a bond clean done, lawns and gardens done, carpets cleaned and keys handed back. All in two days. We also put all of Christines belongings into storage. We’re not funded to do any of this. It shouldn’t be hard for our state services to do it?

When she asked about counselling support her case worker was told her to call CoHealth. When she called them she was told it was a 6-9 month wait for counselling because she wasn’t a priority. When she asked her case worker about access to housing support she was told to call her housing worker but she had never been allocated one. So she was then told to call Salvation Army Housing Services. They never answered the phone.

After five weeks Christine needed to move on with her life. She wanted to look for a place to live. She had already lost so much. Christine found a place and contacted her case worker to ask about bond and rent assistance. She was told to keep calling SAHS. They still never answered.

In the five weeks that Christine had her case worker she received three phone calls and absolutely no support whatsoever. Not even one counselling session. No help with housing or bond. Absolutely nothing.

We got her an appointment with a fantastic psychologist. We moved her out, stored her belongings and we paid her bond and rent for her new place because not one other agency out there would do it.

What the hell are they paid to do? Because we didn’t see them do much at all.

I haven’t seen many cases of domestic violence as extreme as Christines so close to ending in a homicide. It couldn’t get much worse. Yet she wasn’t considered priority and she wasn’t given any help by anyone.

If we weren’t here she would still be sitting, waiting for him to come and get her because he knew exactly where to find her.

We need answers. Why need to stand up and ask our state governments family violence services why this level of care is deemed acceptable.

The effectiveness of Christines care she was given was zero. Not one agency helped her.

This is completely and absolutely unacceptable. But this is what you get.

Sat Jun 20 , 2020
Once again what an incredible day! We don’t have a final tally but we managed to gather four large boxes of items for the Yuendumu senior fellas health and hygiene programe and raised over $2000 to purchase more of what they need. These items will be shipped up to the Northern Territory by our good friends at StarTrack. A huge thank you to our volunteers MelAnnetteSineaidJoCaitlinPierretteAngelaNevenaKylie FarrugiaBonitaKaiMimma For helping out today and making it such an incredible success. We can’t do this without your support 🙏 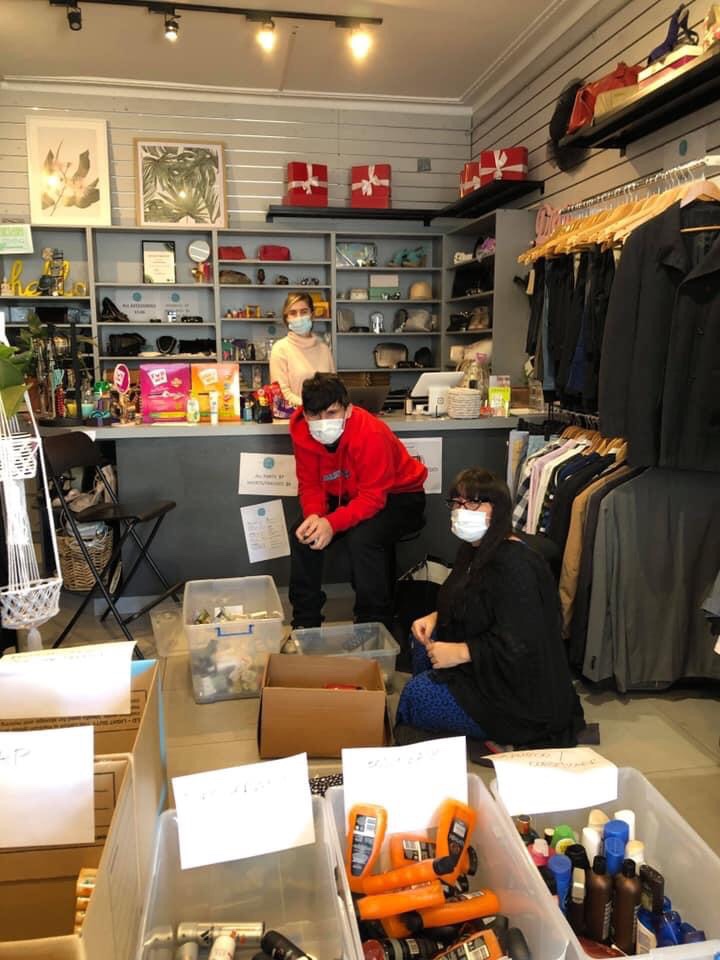